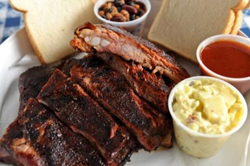 In the winter of 2007, after helping to open more than two dozen restaurants during his career as a consultant, Chic Dillard decided that it was time to open his own.

He just didn’t know what kind of restaurant it would be. While driving through Kennesaw one day, Dillard spotted his inspiration in the form of a tiny roadside house.

“I had no idea I was going to open a barbecue restaurant,” said Dillard, whose years in the industry have included positions ranging from chef to director of operations. “I was actually looking at other buildings when I drove by here, saw the ‘For Rent’ sign out front, and thought, ‘Hmm, that would make a great barbecue place.’ ”

And how right he was. Within 60 days of finding the space, Big Shanty Smokehouse opened for business and established itself as one of the top destinations for smoked meats in Atlanta. All of Dillard’s barbecue gets a heavy dose of hickory smoke, yielding succulently juicy brisket, moist chopped pork rich with smoky bark, and tender ribs that pull clean from the bone.

While he had plenty of industry contacts he could call on to run the place with him, Dillard decided to keep it in the family and hired his wife, Sissy, and daughter Shannon, both restaurant veterans in their own right. After working in various management positions with Buffalo’s Cafe for more than 14 years, Sissy turned in her notice the day the lease for Big Shanty was signed, and Shannon grew up in the restaurant business, working the front and back of the house for multiple restaurants since she was a teenager.

Though he runs the smoker and the Dillard women create the sides and desserts, Chic says everything is a team effort.

With more than 30 years of industry experience, Dillard has served in nearly every position in the business. In 1992, he started his own restaurant consulting company, helping clients such as Barnacles, Buffalo’s Cafe and Fat Matt’s with opening new locations, menu creation and cost control.

With that background, Dillard knows how to run the business side of the house, but his commitment to the quality of his product led him not to follow the same advice his clients once paid him for.

“I could cut my food costs 5 percent tomorrow if I dropped the standards of what I’m doing. A lot of people won’t spend the extra money,” Dillard said. “It is kind of ironic because as a consultant, that is usually what I would go in and teach people to do.”

Thankfully, Dillard remained true to sourcing fresh meats. His skill with a smoker does them justice, and has earned Big Shanty Smokehouse a spot in any conversation about great barbecue in Atlanta. 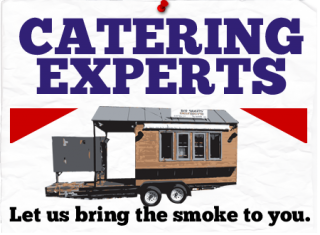 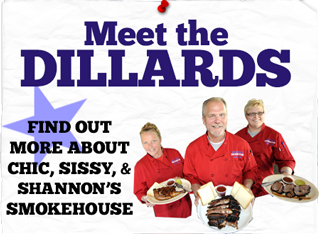 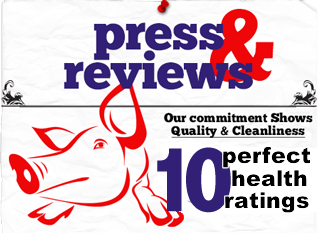 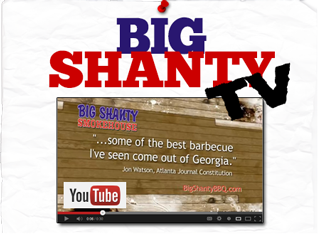